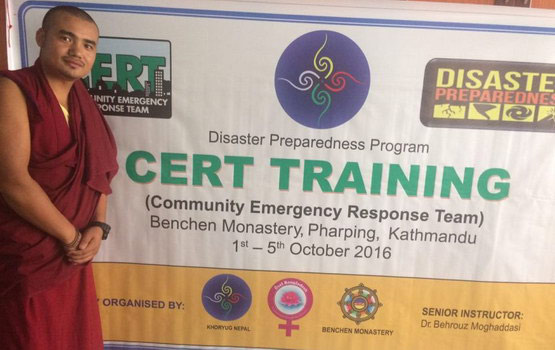 According to His Holiness the 17th Gyalwang Karmapa'a wish that monks would obtain training in disaster disaster preparedness. Dr. Behrouz Mogaddasi from Iran began to give instructions in Nepal beginning in June 2016.

A total of 140 monks from 15 different monasteries took the training which initially was held in Boudhanath. After the completion of the training these monks gave instructions at their own individual monasteries together with Dr. Mogaddasi.

On the 27th of October in the Benchen Shedra in presence of Drubwang Sangye Nyienpa Rinpoche the monks were demonstrating their aquired skills in disaster preparedness. Rinpoche advised them to have a good motivation and kindness when applying these skills. Rinpoche appreciated the efforts and achievements of the monks very much. 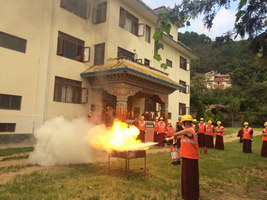 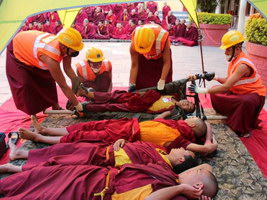 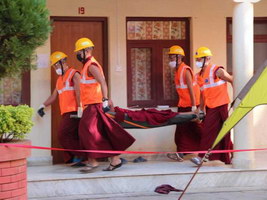